Thought I'd post again, here in the blog, so soon after the last post, simply because I guess I have to. Juuust to be out there in the blogosphere, you know, have the presence, all that. Sorry, but I don't have a comments section. I'd love to, but when I've tried to re-enable it, it just doesn't. So, hey, still, if you like my take, email me from my webzine. I'd love to hear from you.

Anyway, felt like I needed to just add some thoughts about some thoughts in my latest blog, thoughts that I thought would surely get some to go "Whoa Nelly that's kinda dicey there Dave!"

There was this, if you recall:

The Bible is a science textbook.

I know why so many go "NOW-WAIT-A-MINUTE-THERE" so readily. They've been seduced by two of the greatest World operative grunts in the history of philosophy, David Hume and Immanuel Kant. When you get right down to it, here's what each has said.

Hume: "There aren't miracles because there can't be miracles."

Kant: "I know that you can't know something, anything."

Really, that's them for you. Tell me I'm wrong. But if you are intellectually honest, through all the erudite elaborate intellectual folderol, that's their stuff. That's it, right there.

And it is deeep inside the psyche of your typical Catholicized individual.

Please, look at those two statements. Look at how silly they truly are. But you hear very smart, thoughtful, and most likely very nice and kind people say these things to others all the time.

"I know you can't know that." "That simply couldn't have happened." "I don't believe it." "You're so wrong about that I'm not even going to give you the time of day."

Pretty authoritative words from people who rely on anti-authoritativeness to comprise their world view.

"Oh but you're twisting the definition of science."

Not. Who said you get to make the definition of science? You know the one, it essentially states, as it does today in popular culture: "Science is the pursuit of truthful things as long as they don't involve God." Really, that's it. Tell me I'm wrong.

And the Bible, not a science textbook? I checked out the 104th Psalm after my last post, just to soak it up again, and here're just two small verses, just two: "He makes springs pour water into the ravines; it flows between the mountains. They give water to all the beasts of the field; the wild donkeys quench their thirst."

Hmm. Looks pretty scientific to me. There're mountains, there's water, there're animals, there's some kind of flowing and some kind of thirst-quenching going on. Really, tell me, what's the only thing there that disqualifies that very statement from being science by today's completely benighted secular definition?

Funny, I've seen science shows on National Geographic or Animal Planet or anything like that that say exactly the same thing, but instead of "God" they say "evolution." "Evolution did this" and "Evolution did that." It'd be comical if it weren't so contemptibly stupid.

What is this stuff that is thriving in people's minds?

That's kind of the second thing I said in that last post. Here it is, again:

The Roman Catholic Church drives all that, deliberately, purposefully.

You see, David Hume was effectively trained by Jesuits in this perverse love-hate thing he had going with them. Immanuel Kant had his work widely disseminated throughout an elite educational system that has been practically administered by Jesuits.

Of course, the deer-in-the-headlights look appears on the faces of so many, a lasting "Guh?" hanging on their tongues, always followed immediately by some loud fierce gibberish that only amounts to some convoluted version of "IT CAN'T BE BECAUSE IT CAN'T BE" and "YOU DON'T KNOW BECAUSE YOU DON'T KNOW."

But you know? Here's the kicker.

It is indeed perfectly rational.

You see, I don't censure or rebuke or challenge Rome at all in any of this. It is what they do. They are supposed to do that stuff, and they do it exceptionally well I might add. God even told them to, as much as they themselves haven't a clue who this God fellow is. Check it out, right there, very scientifically described in the 4th chapter of Genesis.

It is just, if you want something better, greater, more beautifully wonderful than rationality, then you want righteousness. That's very different.

And you can have that only by the One Who Is Righteousness Himself.

He's the One who died to clear away the idiotic folly of pretentious philosophers and scholars, to make it so people could see clearly enough that they can indeed love with a sacrificial love just like He did. And celebrating Easter as we are today is merely about rejoicing that He very scientifically, verifiably, falsifiably, and truthfully rose from the dead so we could know we'll have eternal life as well, drawn to Him and His rich, bountiful love.

I got another reminder that to get good marketing going for my web presence I've got to blog blog blog, tweet tweet tweet, post post post -- I guess I need to be a social media maniac. I once heard that the most important thing is content. I still refuse to discount that element, and still believe it is indeed the foundation for meaningful work.

But it seems as though having to slog through all the social media platforms and be there with some inane regularity is something that is quite expected. I recently saw a news item about a blogger, Amanda somebody, don't even remember her last name, who contrived a lot of waves in cyberspace with her asinine remarks about abortion -- stuff about babies being evil something-er-others, it wasn't even worth anyone's attention.

Yet I still thought, huh, this gal is getting this kind of attention? Whut thuh...? Her only credential was that she was a blogger. That's it. Now, I'm great with being just a blogger, nothing wrong with that, but how come these kinds of idiots are so showcased? Well, correction, I do know why. I happened to catch a bit of something biographical about this gal, that she'd attended a Roman Catholic school in Austin, St. Edwards I think it was. That should tell you everything.

Except that this blogger won't get a whole lot of attention because when readers are introduced to the quite veritable premise, "The Roman Catholic Church is all about provoking the worst in reprobate individuals for the purpose of showing off how magnanimous they are about fixing things up in the nicest ways, and this was the way it was legitimately arranged since Cain's first such effort," the response is a complete and thorough...

I mean, the response is not even a response, only because such a premise is so far and away beyond the purview of a wholly Catholicized, Americanized, hypnotized, mesmerized populace that, well, oh well... I'll still blog and hope to share Christ with those who do want to see.

Saw a piece from a friend on Facebook, something like "Christianity is the most falsifiable religion there is, and it's still around." Made me think about a take I've started to ruminate about, the idea that the Bible is indeed a scientific work. I've been thinking. Look at the beginning of Genesis, Psalm 104, the gospel accounts of Jesus' earthly life. My recent devotional reading is from Exodus on the instructions for the tabernacle.

There are profound scientific features in those parts of Scripture. 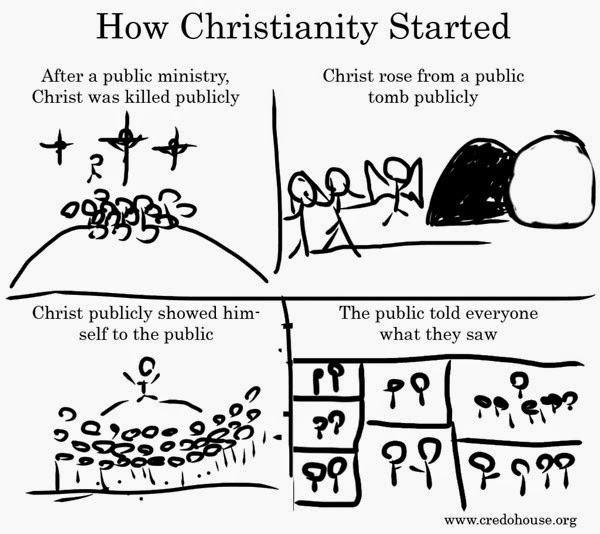 So who told us that the Bible is not a scientific textbook? Well, if you've followed my work, or -- damn, you've even paid attention at all to what's really going on around you, what happens at the deepest levels of how things actually happen the way they do -- you'd know.

In my Los Angeles Times today was an editorial about how all of the U.S. presidents' assassins through history were just crazy men with delusions of grandeur. That's it. No conspiracy plap required, the writer boldly implies. All you dumb conspiracy theorists can take off your silly tinfoil hats now.

It'd be one thing to dismiss this guy as an idiot himself, but really. Why is the LA Times putting in a piece that is so stultifyingly elementary? What is their agenda for including it? It is one thing to say "Assassins all have one thing in common: this certain kind of thinking." Whoa, what a revelation! No, the real question is, where did these guys get that kind of thinking?

The Bible says what that is, scientifically.

Anyway, thinking of getting much more into this with my latest home page piece. This, by the way, is something I should address here, at least in this blog for those who do follow my work and may catch it. Right now my computer situation is really up in the air. These systematic changes in whatever information technology advances are being foisted upon us these days -- errck, what a hassle.

But, point is, I am valiantly working to keep my website up and going, and if my prayers are answered, new and thriving. I really work to keep up on it every two months, at least. I'd be adding tons more of this and that, but work and family consume most of my time (and wonderfully so!) Even so, yes yes yes, I'd love to have a major web presence just to introduce anyone to the One Who Actually Does Save Souls.

Anyway, just wanted to add the disclaimer... and to put up just one more post just to stay as much in the SOCIAL MEDIA REALM as I can -- as much as that actually is.