Feel like putting in one more blog post for December. I try to put in a post at least once a month, keep up with it. That's fine. But I realized that each year I do fewer and fewer posts. I won't get to the point where I will never do them. But I know not many people read these.

My soul hurts because I'd love to tell people about Christ so they'll welcome Him in their hearts. I'd love to write here all the time about the phenomenally magnificent things about Him.

But my soul hurts because of what I see around me.

So many people still beholden to the law to govern their habitually benighted behavior. I go on Facebook and see the most idiotic posts from the people I love so very much. They're so lost it makes my soul hurt.

"Oh Dave they're happy with who they are get over it. Let it be."

I think a lot about those idiotic things these FB people post, and so want to remark about them here -- or even there, right there in the comments area. "Excuse me," I'd like to write, "but did you think about this?..." No, can't do that. Too intolerant.

Funny, most of the posts are rabid protestations about something from those who'd screech "I'm tolerant and non-judgmental." 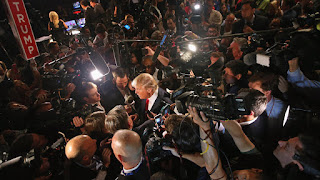 The law. All those who glom onto Donald Trump or Barack Obama or whichever political useful idiot they like don't realize they want the fierce strength of the law to hammer whichever evildoer they hate. Sharia is merely the Islamic way to make law happen. Muslims have such a miniscule concept of grace and mercy and truth and Word that all they have is LAW. Good wholesome Catholicists are no different. Trump is gaining so much traction because he is so good at convincing people he'll be a genuine enforcer of LAW.

Oh the tolerant and non-judgmental have their law enforcement Christmas wish list as well. "LAW" they holler, "please go after the white racist cop there are so many of them and the pro-lifer inspiring abortion clinic shooters there are so many of them and the pizza maker goaded into confessing nervousness about sending a wedding cake to a same-sex union ceremony they are so loathsome please law enforcers do your duty against them and please remember that I'm tolerant and non-judgmental unlike those loathsome Donald Trump voters."

I just see so few know of the Kingdom.

Much less live by it.

Even the best, most fashionable ministers live by a Christianly churchly splendidly religiously version of LAW keeping millions who schlurch up against it in bondage to their sin and the Caesar who manages it.