The Contrast Cannot Be More Stark

June 08, 2020
Extraordinarily stark is the contrast between the World System sent out to crack heads with all due psychological terrorism weapons and the Kingdom open to those who ask The Savior to let them in by virtue of His spilled blood for their redemption, and things happening right now cannot make that more pronounced.

Here is one such present contrast.

Kingdom: After God issues the Ten Commandments to Moses and the people He's chosen to introduce us to The Savior, He elaborates. Here's one item related to the Ninth one, the one about bearing false witness:

"Do not bear a false report; do not join your hand with a wicked man to be a malicious witness. You shall not follow the masses in doing evil, nor shall you testify in a dispute so as to turn aside after a multitude in order to pervert justice; nor shall you be partial to a poor man in his dispute."

This is the first paragraph of the 23th chapter of Exodus. What it says very clearly is that not only should you not bear false witness, but you should not do it joining with a crowd to do it, because really, ferocious mass hysteria is a very compelling force. (Ahh, memories of Covid-19 lockdown insanity...) Also make sure you treat each individual with justice even if he can't afford to defend himself, for it is way easier to make a blanket censure against a group of people than understand each individual's circumstances.

The Kingdom is about true justice and treating each individual with respect, even if that particular feature means the state must issue a wholly due punishment against someone who has violated the law. That the adjudication apparatus is not always perfect does not obviate the transcendent principle.

World: On this week's CBS Sunday Morning there was a piece by kind-sounding light-hearted Steve Hartman about how so much of the recent racialist browbeating that's consumed so many has been peaceful. He showed us many scenes of protest where people were marching, holding up signs, yelling, shoving fists in the air, but not committing any physical violence -- yet still committing acts of emotional and spiritual violence.

It was a complete propaganda piece by a rabidly System blowhole to try to convince more people that the World is really a righteously happening place all about love peace and very good things. The problem was it was still positively showcasing people brazenly violating the Ninth Commandment, indeed bearing false witness on steroids.

The false witness part? That all white people need to make amends for their racism. Indeed some white people may be racist, but, ahem, what about the part about giving the individual his or her day in court even if they can't afford it? How many white people can afford to stand up and share the truth about his or her situation and be genuinely respected in the face of this current witch hunt? How many can actually do that when CBS and all the other inquisitors have already condemned them in the court of public misconception?

All CBS did was show the legions of people doing the false witness thing because they've been subject to the psych ops employed against them, all of it perfectly within the legitimate function of Cain's legacy of utilizing authentic constraints against a reprobate populace.

All this rage fomenting in the streets no matter how "peaceful" Steve Hartman et al want us to believe it is? This is just a festering boil bursting on the fearful and hateful body politic exposing the reality of where these people's souls actually dwell. And it isn't in the Kingdom. 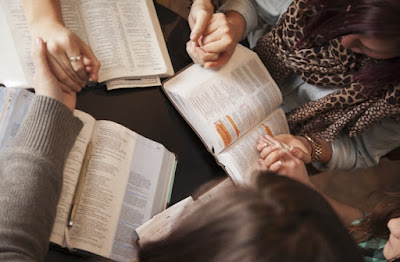 If it was the Kingdom Mr. Hartman would be showing people kneeling, not in absurdly pusillanimous virtue-signaling photo ops but in prayer, joining hands with others asking forgiveness for whichever sins they may have against one another -- certainly for racist attitudes but for also for buying into the assumption that a group of people must be racist merely because of their skin color.

There're no signs of hate being waved about -- sorry but "Silence = Violence" and anything like it is hate speech, plain and simple. Instead there'd be open reading the Scriptural promises of Christ's deliverance from this body of death, as well as hymns and praises to the God who made us in His image, yet after we've thoroughly messed it up He still bought us with His blood to enjoy His healing, salvation, and fellowship forever.

Where was that demonstration in the CBS piece? Nowhere. Now I'm not saying this didn't happen anywhere -- in fact it does every Sunday where genuine followers of Christ meet and pray and talk about the things of the Kingdom. It's just all the CBS World knows is the System and how desperate they are to show you that atheist humanist materialist socialists can be just as caring and loving and kind and wonderful as anyone else.

Except that, look at the fruit. Look at the results of the rage. Look at how the entire CBS piece was to try to divert attention away from the fact that the rage has resulted in lives and livelihoods lost. How confident are you in building a world where it isn't all people but it is merely most people desperately want to engage in only emotional and spiritual violence against you, not the physical kind, even though they would if they could feel better about ensuring you would not be the racist they think you are? Does that make you feel better? You good with that?

You sure you want there to be no more police forces around? That's the major leftist issue right now, defund disband dismantle disregard depopulate all police forces everywhere, replace them with smart courageous social service personnel to step in anytime anyone makes someone nervous about their behavior. Really, it is kind of like that film Minority Report where psychics predict crimes so law enforcement may stop them before they happen, but without the psychics. Sounds so wholesome.

I do agree, as the Bible says, "The sting of death is sin and the power of sin is the law." That's true! What the atheist humanist materialist socialist then thinks is, "Well let's just get rid of the law!"

The reader of Scripture counters with the truth. "Ah, but the law is necessary to condemn, and you can never stop sinning by the law! It only points us to Christ where we may live by the law of His love. Otherwise the law and its enforcement and its police force must be there to crack heads of those who refuse to live by the mind of Christ!"

All about eliminating the police and that dastardly condemnation? I got you. But be careful what you wish for.

Wow. Caesar's psy-ops. Even if there is no more police, they'll still be around, for sure.