The Contrast Is Pretty Damned Stark

June 09, 2020
One of the most devastating effects of the socialism marauding through our nation now is the proliferation of young people being put in positions of power -- across the board, in every decision-making capacity. Please know that young people in and of themselves are not up for grabs, I'm definitely not doing what the Black Lives Matter crowd is doing and saying "X group [in their case all white people] is guilty of a crime [racism] and must be punished."

I am saying that socialism destroys wealth on a macro level and paying young people to do jobs older more experienced people must do is far cheaper. The only thing is, just that: young people simply do not have the required life experience and rigorous education to be handling the power we have given them. And because of the wealth-eviscerating nature of fully implemented socialist principles, so many young people will be left destitute as a result.

Really, they are completely losing sight of the truth that for socialists to get relief money there must be a lot of capitalists out there making it. Hold on though, there's a splendid twist to it all. Many of those capitalists, yes, older and smarter but not necessarily as virtuous, are following this rampaging socialist trend yet are exploiting it like crazy, smiling and telling these kids they like it and they're with them but using it to merely keep them from any serious accounting for their actions.

Eventually the unwitting kids will just join up with the capitalists under the largely advertised brand of socialism and then you've got a real fascism going. The "oppressed" are really the tyrants. Socialism is never socialism -- it is always and in every single instance a totalitarianism. And any police force that appears to be defunded or dismantled will have in its place a secret one -- this is what has happened, what will happen again, and what must always happen whenever a socialist autocracy prevails.

I recently came across this piece, and while so many articles could be shared here about the present benighted state of our country, this is an excellent one. With great eloquence and detail, Mr. Kotkin makes a simple point. The way we are treating our young people today will destroy this country -- the gruesome irony is that they're the ones who will be occupying it. 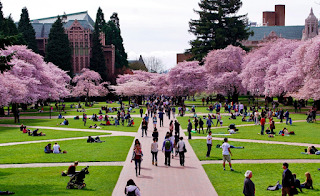 How did this happen? The World System did its thing, that's how it happened. The Jesuit-administered university network's Marxist instructional program simply became so expansive and accepted throughout the 1960s and 1970s, and its graduates became parents of children who are now those very young people making absurdly insane public policy decisions destroying our society.

They are also the ones filling the major "influencer" news organizations -- look at what happened with The New York Times a few days ago when a perfectly reasonable op-ed supporting legitimate action against murderous vandalizing rioters was shot down in that newsroom by the hysterically woke what-are-truly-children, and the older, more experienced editors kowtowed to their demands.

Of course many of these crusaders want to eliminate the police, but it is getting to the point when your vocal rejection of the idea makes you liable for marginalizing and demonizing. As it is now you are violently censured as a white person refusing to bend the knee to Black Lives Matter which is merely using the "you must suffer from ravaging guilt about victimized black people" trope to push its wretchedly socialist and sodomist platform.

Support the police? You're a racist. This now-prominent smear is not new, what may seem new is that because it has been so widely broadcast to elicit such a massive response means it will continue to get traction as something favorable to consider. It is the way World Ops forming the ways of the System operate. All that stuff that Mr. Kotkin speaks of in his fine expose?

It is happening because it was designed to happen that way. It has always happened that way. I share some of the modus operandi in this home page piece where I wrote about the expanse of Epicureanism, just one of the threads woven into this brutally ugly tapestry. It too touches a bit on what has been happening to our young people.

Epicureanism now takes the form of the wide-spread belief that evangelical Christians with their fairy-tale pap about gods and afterlives and heavens are actually dangerous because they don't know the real truth that everything is just atoms, void, and nothing else, and we may humor them for a while but if they dare to insist in any heteropatriarchical way that we keep things like government and wealth and family and individuality around much longer, we'll have to punish them.

That is the striking contrast.

Genuine followers of Christ immersed in Scripture and understanding God's wisdom about the way things work are a danger to the youthful now-reigning hegemony. Think I'm being melodramatic? Look at what happened in any nation that has come this far with its socialist revolution. Anyone who disagreed with the potentates elevated to implement exactly the same platform of the Black Lives Matter Foundation were, well, shall we say, removed. By the millions. Look at the history, it is not hard to see.

Meanwhile the follower of Christ has no worries. He knows he's got his place in heaven secured because he is in the embrace of Christ. He also knows anyone may be in His embrace if they just want it. The main point about this contrast between the World and the Kingdom is maybe, just maybe this revolution will get so grisly that maybe, just maybe many of those young people will encounter people who love with His love and come to Christ to find eternal peace and joy and purpose.

Let the World do its thing. It is extraordinarily healthy to gently understand that it will never stop doing these things we're watching it do now. The thing is maybe a young person, or any person for that matter, in beholding all the evils inherent within it -- maybe they'll want out. How great would that be, a legion of young, vibrant, enthusiastic Kingdom dwellers, all out there making "policy" decisions based on real wisdom, robust courage, transcendent principles of life and industry and character.

In light of what we're seeing out there right now, I pray even more fervently for that all the time.
___

My latest home page piece gets into the origins of the racialist tsunami. The one previous gets into the truth that everyone just wants a bigger bully than the other one. Which entity out there has the most strength? Do you know? Might be worth finding out.
___