Showing posts from May, 2021
Show all

An Important Corollary to the Misunderstood Truth Rule 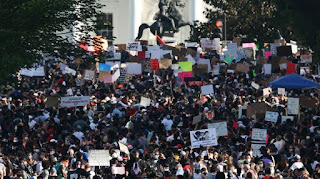 Reading a couple of pieces about the state of the world today, I was reminded about a critical part of the Truth Rule I shared in my last blog post, the one about the World System of the United States government and the central bank administered financial network and the commercial enterprise network including 501c3 churches contracted with the System and the entrenched factional think-tank influencers  is  the Roman Catholic ecclesiastic hegemony, which itself is managed by powerful deep politics spiritually militant operatives sworn to serve their principalities. Those writings didn't really do the best job of saying what they wanted to say, but again, graciousness prevails -- not everyone gets it exactly right on paper, or, here on a computer screen. As I shared I'm no different but I do my best. One of those pieces spoke about the current technocrat-managed oligarchy that dominates public policy now and that our cherished constitutional republic is in danger. Not . We have
Post a Comment
Read more
More posts