Showing posts from June, 2014
Show all

The Cult of the Mainstream

June 19, 2014
I read a very disturbing piece today from The Atlantic  about the International House of Prayer, a controversial church organization in Kansas City. Don't even remember what it was called, but you can surely find it online pretty easily. Was something about the seven signs of a cult. The article presumed that the ways this church identifies a cult actually applied to them because they exhibited cult-like behaviors exactly like the ones they censure, and it all involved a young woman who killed herself with the implication that she was just in too deep with all the overly devout religion stuff. Now please, I'm pretty much with the idea that intense emotionalism in church settings, no matter how expressive the devotion to Christ, often covers for lack of conviction about truthful things. Got that. I also acknowledge the concerns about IHOP, I too have read and heard things that could easily be considered "cultic". Got that too. But the reason IHOP gets in trouble
Post a Comment
Read more 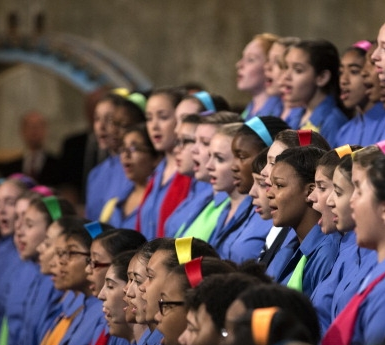 I had to post a follow-up to the last post about the wretched condition of a world consumed by darkness. The latest was the recognition of nearly 800 forgotten deaths of children born to some the most tragically marginalized people, sexually abused women. I had gotten the idea that the remains were physically discovered, but apparently they were merely found by someone filing through the records kept at the time. Still, apparently there have been anecdotal tales along the lines of "Mommy, look what I found in the empty field down the road" as the skull of a small child is held up for inspection by an adult expressing the requisite incredulity. I simply had to add a remark about something the author of Philomena  had said in his op-ed in the Washington Post, something that more fully reveals his own intractably Catholicist sentiments. What does this mean, Catholicist sentiments? It means that as much as he and a huge portion of the world rage and rail and rant at the Roma
Post a Comment
Read more

June 06, 2014
I simply cannot neglect to put a quick blog post down about that "discovery" of nearly 800 bodies of children dumped in a septic tank near a long-demolished convent that once served as a half-way house for unwed mothers. I did put that word in that first paragraph, discovery , in quotes because one of the small items in mix of all of it is that people had already known about this mass grave of sorts but just shrugged it off as this thing or that thing -- I don't even remember the excuses, the whole thing was so wretched. The deal is that babies and small children who didn't exactly receive the best care at this place and as such died, were pretty much just dumped, and since it happened so frequently those bodies just kind of piled up over a 30+ year period over 50 years ago. Today on NPR's All Things Considered,  journalist Alison O'Reilly elaborated on it all, and she echoed all the ferocious "It's appalling" sentiments. Sorry, but it made
Post a Comment
Read more
More posts