Showing posts from June, 2016
Show all

So Few Young People Get It - Addendum

June 26, 2016
Thought I'd share a few notes about my "Letter to Nicholas and Friends" from yesterday. It was impassioned and any time writing is impassioned people step back. I understand. That's cool. I still stand by everything I wrote, but I wanted to add a couple things. First, the mainstream news site used Nicholas' post to make the case that young people are upset with the Brexit vote. Because of that I assumed Nicholas was a young person, and I thought, hmm, he may indeed be someone of any age. Still, the philosophy from which Nicholas writes is still extraordinarily dangerous and emanates from a position of profound ignorance, at the peril of young people's future. Should humanistically driven socialistic public policy continue unabated into their future, young people will find that powerful people will still dictate what happens to them economically. They will find that these powerful people will still lay them on the altar of their own human sacrifice desires.
Post a Comment
Read more

So Few Young People Get It, at Their Future's Peril

I came across this from a mainstream news site, the conclusion to a brief response about the Brexit vote that the news site said was going viral on Twitter. It is the third point, but if you're wondering about the first two, don't worry, they're just as stupid as this one. I only share it to include some remarks, mostly because this kind of stuff is said to be so popular among young people today. Here it is. I'd like to address this to the author, "Nicholas," but I'd like to share this with any young person out there. Not all young people are like this, but sadly most are among today's GenXers fully captivated by the most insidious humanist dogma. The Jesuits are doing their job, most proficiently, and these saps don't even know it. They are your own young adult sons and daughters, but hey, if this applies to older adults who're simply on the same hallucinogens, then that's cool too. So, yeah, for "Nicholas" and all others
Post a Comment
Read more

So Few Get It. And Those Who Do, I Hardly Hear From Them. Very Sad. 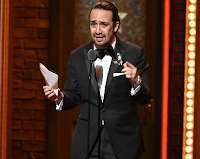 Lots and lots and lots and lots and lots is being said about this Orlando night club shooting. I've already assembled a good sized chunk of words writing about it, back in 2012. Yeah, back then . Same stuff still applies. And the same deafness, and blindness, and dumbness reigns all about. Yesterday I wept some more, but not for the 50 murdered victims. Oh, I do grieve for them, but I weep for those alive right now sucked into the World's conception of everything that's happening. I weep for them because their fate will soon enough be the fate of the perpetrator and the victims. Confused already? Maybe. Maybe if your mind is calcified with intractably regimented Catholicist principles it is. In fact, it will continue to be so throughout the rest of this post. Unless, of course, you want to take the red pill and enter the real world. That's up to you. It is simple. Every single one of those people in that night club were sinners. It wasn't because they were
Post a Comment
Read more

Wisdom of the World, Foolishness to God

June 05, 2016
I truly enjoy a number of writers, pundits, essayists, columnists, authors -- mostly because I enjoy seeing intelligent elucidation about things. Doesn't even matter if they are particularly Catholicist, I may still enjoy gleaning wisdom from considerations that hold the truthfulness of things in great regard. One such individual is Thomas Sowell, and I'd say I'm not the only one who enjoys his work. It is filled with solid, robust takes on things -- and he is very good at taking some generally accepted idiocy and exposing its folly. Recently he wrote about socialism , as he frequently does. There is no question the precepts of socialism threaten to crush any economically vibrant society, and every time he or any other wise individual writes about it I enjoy gaining a bit more knowledge about its dangers. As a teacher this is critically important because I am committed to sharing critical truths with my students. In fact, just as a quick aside, you'd be amazed how l
Post a Comment
Read more
More posts