The Pandemic of Legitimate Romanist Activity 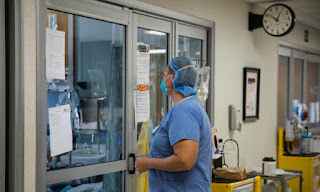 I simply could not help but get over here and pound out a quick post, even though I have a million things I have to do for my job and my home. But in a very real sense this is my ministry, and I am happy to share some things with a few people who may come across it.

I saw this in a news story, here is the link in this text, a state laying off hundreds of health care personnel because they won't get vaxxed. I did want to title this piece "The Pandemic of Folly Continues Unabated" -- I'd written a post with the title "The Pandemic of Folly" last year -- but I realized I should keep to what we really should understand.

There is a World System that God allowed to be put in motion several millennia ago (cf. fourth chapter of Genesis) that is now manifest in the Roman Catholic Church, and there is a Kingdom made up of those who sole devotion is to Jesus Christ. Know the distinction as a committed follower of Christ, and have peace. Get confused and have constant exasperating war with the establishment, with your neighbors, and with yourself. Constant.

Yes, laying off the very people who are needed to address the medical needs of those hit by whatever there is out there is just insane, but Rome moves people to do things like this because that's what they do. The authorities who are doing this are doing so because they are so fearful if they don't they'll be called names by someone loud and mean, most notably those at the New York Times. They might also lose their job because they'll be seen as killers without the "proper" understanding. I get it! Who wants their picture on the front page of the most observed media tool there is along with a caption about how evil they are? Who wants years of industrious preparation, laborious service, and established reputation in their cherished career to be thrown out like old meat? I get that!

Never mind that one of the most absurd things about all the lockdown protocols is how much all the vital economic activity was eviscerated, activity that was absolutely needed to address the needs of anyone who needed medical attention! To have the proper treatments and supportive systems and working technology and fluid supply chains and the millions of people working in hundreds of different support sectors to make it all work -- you can't have them NOT there because of unfounded Covid fears! It keeps me thinking that perhaps, yes I'm not the only one to think this, that the population control mavens -- yes, at the behest of Rome -- are finding a way to get their way... and somehow still looking good doing it.

For those who would screech, "Wait a minute! Catholics like having lots of babies, what's with that?" Ahh, again, more misunderstanding. Rome doesn't necessarily do what it says to do. Jesus even talked about it, remember that? "Be very careful to do what they say, but don't do what they do. That's very different." And if you still remain unconvinced, please check out Tupper Saussy's Rulers of Evil. It is all very much laid out there. Here it is, online. Please read it, then come back and share what you've learned, I'd love to know what it is.

I'm not here to bash Rome -- I can't! And I won't. I simply want people to know Christ. Rome is there because it is supposed to be there doing its thing for the hundreds of millions of people who like it doing what it does. That is very much not a bad thing -- much because God let it be that way. for a reason. (Did you look at that fourth chapter of Genesis yet?) 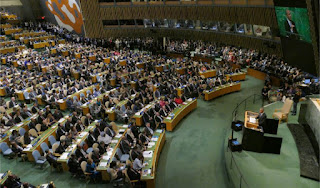 Check out this other web piece, just put out by Jeffrey Tucker. He is one of the most brilliant expositors of the causes and effects and everything in between related to the reigning Covid hysteria. Here he addresses a question I've had banging around in my head -- how is it that everyone seems to be on board with doing the Covid hysteria dance -- the masks and the mandates and the unvaxx-shaming and the whole thing? How can everyone be doing it?

Yes there's all the Charles Mackay stuff and Edward Bernays stuff and all the rest of it -- you know, the madness of the crowd stuff. Tucker doesn't get at the answer here, though it is interesting reading.

The answer is that so many millions and millions of people are so richly Catholicized that they will do anything Rome tells them to do through all the accepted channels of sin management enforcement -- the media, the academia, the church militant, the church grafted, doesn't matter if you are conservative, liberal, independent, whatever. You're still sucked into doing what everyone else is supposed to be doing.

It is just the thing that caught my eye was the title of Tucker's piece: "Copycat Governments: How the World Locked Down." It locked down because the World System authoritatively administered from Rome told them to, through all the ubiquitous channels just cited, and more. Why does the word Catholic mean "Universal"?

I've come to realize that all the huffing and puffing about Covid is in some ways just wasted energy. I myself have written quite a bit about this thing in my blog -- a bit in my webzine too. It isn't that it isn't helpful, but I have to remember I'm a servant in the Kingdom. I've also read hundreds of pieces like Tucker's, many of them of course his -- he is terrific -- but it is all to no avail in the end. I've accepted that if I can lead any number of people to Christ and His beautiful Kingdom, then that's great. One of the main lessons of Scripture is that bad shit happens.

But God is still with you to minister to you and through you to worship Him and love others. Whatever happens.

This is because, you see, if you also check out a bit of The Revelation, there at the end of the Bible, you'll see that a Covid incident is piddle compared to what is in store. We think we can stop Covid. What a joke. What hubris to even try in the tiniest way to get to zero-Covid.

But then Rome is hubris personified. After being admonished Cain didn't go and make the right kind of sacrifice, he instead defiantly made the one he wanted to make and then proudly went off to build a city so he could more easily do human sacrifice and show everyone who paid him good money what a fabulous brother's keeper he could be. But to do that he had to pour the greatest amount of dread into the hearts and souls of his fellow city-dwellers.

All of it rotten to the core, yes. Say something about it, that's fine.

But it is just like trying to get to zero-Covid.

Just a lot of pointless virtue-signaling by those fully and irrevocably sworn to do the things Rome tells them to do.

Wait until we get to those parts described in Revelation.

Might want to have Jesus. Otherwise, Scripture tells us you will really want mountains to fall on top of you to protect you from what is coming.

Then again, what Rome does -- what it has always done -- may be a very good thing. It is just the thing for people to see it all for what it is, and yes -- it is not hard to grasp...

Get out of all that and see about this Jesus fellow.

The images used in this post are from the sources of those web pieces. The first from the Epoch Times, itself a stock photo from Getty in an Ohio hospital, the second from Brownstone, Jeffrey Tucker's new webzine. I believe the attribution for that photo was Shutterstock. Thank you. 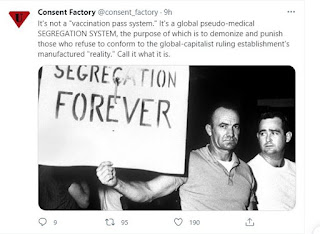