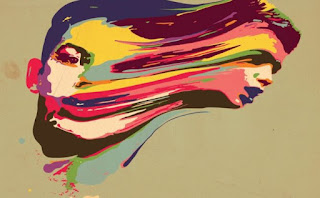 Uber-journalist Matt Taibbi has introduced us to an interesting concept invented by one, Wesley Yang, referring to the real substance of the revolutionary leftist takeover of the American culture. Everyone screeching about the horrors of Critical Race Theory are really just being drawn into a battle they cannot win.

Of course they cannot win it.

It is because God is permitting it to proceed.

If God wasn't, it wouldn't be happening. Does evil come from God? Of course not. But that's just the point.

The evil comes from the hearts of unrepentant humans whose savior is the Successor Ideology or the Predecessor Ideology, whichever one. It is scripturally established that God may very well send sword, famine, or pestilence to a nation that turns against His law, but that is not Him, it is them. The only way they can see the extent of their evil is to see the consequences of that evil.

Then perhaps the repentance.

The Successor Ideology, by the way -- at least from what I can gather -- is all the marauding policy implementations that are based on leftist world view items. You know, mandated embrace of immorality manifest in exosexual behaviors, institutional censure of and subsequent expropriation for tribally associated crimes of racist discrimination, severely adjudicated rearrangement of wealth claims to satiate unbearable pathodic insecurities, and so much more -- you know, everything that will make our future the feel-good utopia it was always supposed to be.

One, the oppressed class must become the oppressor hegemony no matter how much they say they aren't and are instead the real liberators, and two, they must make the same claim that those they are replacing have always made: "We are the good, and you are the bad, and we must now employ our version of the law no matter how ruthlessly draconian it is but never mind because we'll make it so you like it." 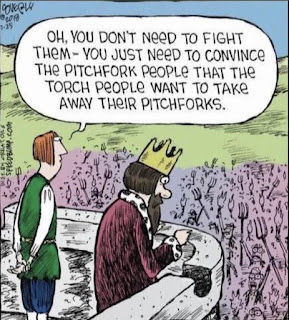 This is the essence of the Ministry of Condemnation.

God set it in motion millennia ago to manage the evildoing of those who refuse to abide by Christ and dwell in His Kingdom. And people who like their evildoing no matter how stridently loud they are about how good they think they are hate that Ministry.

As that Ministry finds its primary operating apparatus in the Vatican, you'll see how much leftists revile the Roman Catholic Church, with its patriarchy and its domination and its intolerance and its judgmentalism. The Jesuits see this in action and salivate. They not only take advantage of it to more imaginatively engender the valiant responses from Rome itself -- oh how Pope Francis is so caring and understanding of the leftist cause! -- but they fuel it for that exact purpose, they've been doing it for centuries.

Don't like Rome? Don't know why, they're just doing their jobs.

My latest excursion into Jeremiah is the 27th chapter. There you'll see God telling Jerusalem, essentially, "Look, Babylon is running everything now. Everything. Don't resist it, it is what I want. You'll be moving there for a while, and I know you'll hate it with all your guts, but you'll be okay, trust me." Thing is, they did end up being okay. God still took care of them in spite of all the shit they did.

Babylon is Rome. Same thing today. You'll live by the Ministry of Condemnation -- which is what the World System is for replete with its Successor Ideology and Predecessor Ideology and every other imaginative ideology it uses to keep some in check until they get out of their arrogant funk and turn to Christ -- or you'll live by the Kingdom which is the Ministry of Reconciliation, where the agape is.

Doesn't mean there isn't rigorous, robust Truth there. After all we all need challenges -- we all need to be in some kind of battle. We would turn to milquetoast if we weren't in the fight in some way somehow. Often we mess it up. Fighting from the World has its divine purposes, but so does fighting from the Kingdom. Two different things.

The image is from the reviverweb website at Wordpress. Thank you.